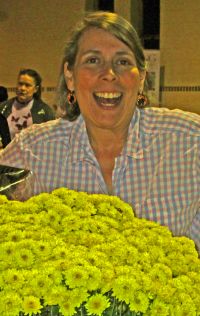 Her name has a nice ring to it! – is a Philadelphian who has been singing soprano with members of The Choristers since her college days. A frequent soloist for churches in her hometown and a drug-metabolism pharmacokinetic chemist by profession, Linda sings Gilbert & Sullivan operettas with The Savoy Company. She is a member of Old Academy Players in East Falls where Grace Kelly and Robert Prosky made their acting debuts. As a member of Soroptimist International of Roxborough, PA, Linda helps to improve the lives of women and girls locally and internationally. 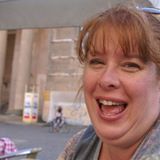 Laurie has been singing for as long as she can remember, in churches and high school choirs.  It was not until 2013, however, that she began to explore a more complex singing environment with The Choristers and has never looked back.  She credits fellow Choristers for finally convincing her to try out, it was not an easy task!  Laurie counts being “hip-deep” in a complicated piece of music with her fellow singers as one of the most energizing and rewarding experiences in her busy life.  Laurie is a data analyst and lives with her husband, (and Chorister Usher) Nick.  They have a beautiful daughter Mia and a large, vibrant extended family who keeps life perpetually fun. 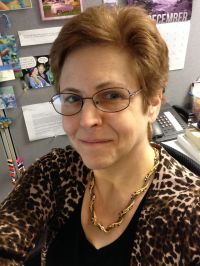 Eileen has been singing with choral groups since grade school. She first sang alto with the Choristers from 2001 - 2004 and after a hiatus for graduate school rejoined the group in 2008. Eileen first learned of the group from fellow Choristers working at ECRI Institute, a non-profit healthcare research agency where she works as a research librarian. In addition to singing, Eileen's hobbies include jewelry making and reading. She lives with her husband, son, and three cats in Souderton PA. 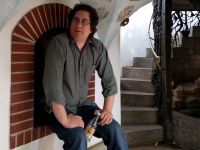 Nathan sang in high school musicals, and in the Rutgers University Glee Club through college.  He moved to Philadelphia in 2002 to work as a programmer and data analyst for Afilias USA, Inc.  After his wife, Sarah, joined him in Philly, Nathan returned to singing with the Philadelphia Chorus.  Looking for even more, Nathan tried out for the Choristers after being impressed by the ambitious Elijah Oratorio in 2015.  Nathan is proud to have joined the Choristers Board recently, in 2017.

Sarah Folsom-Kovarik has loved singing since she was young!  A native of Tallahassee, FL, Sarah studied voice privately beginning at age 15, and completed her bachelor's in music at Florida State University.  In addition to singing with The Choristers, she is a member of The Philadelphia Chorus, where she has been a featured soloist in works such as Mendelssohn's Elijah, Rutter’s Magnificat, and Forrest’s Requiem for the Living.   She also greatly enjoys musical theater - she was a student of Tallahassee’s Young Actors Theatre for many years, and currently performs with community theater groups including the Bucks County Gilbert and Sullivan Society, Everybody's Theater Company, Ghostlight Theater, Methacton Community Theater, and the Savoy Company.  Sarah is happy to be helping out with the Choristers Board! 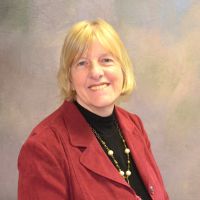 Kathie started singing from a young age in the children’s choir at her church, throughout her school years, and into college. Her oldest daughter’s invitation to join the parent’s choir at her middle school in 1993 reignited Kathie’s love of singing in a performance group. After singing with other choirs, she joined the Soprano section of The Choristers in 2008 and the Board in 2012. Kathie sings in the Choir of St Cyril of Jerusalem RC Church in Jamison and is a Cantor there. Kathie and her husband Hugh have two daughters and are proud grandparents of 4 wonderful grandchildren. She is employed as an IT Specialist for Prudential Bank and lives in Bucks County. 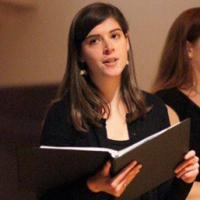 Maggie joined The Choristers with her partner, Tom, in 2016, finding in The Choristers her sought-for post-college choral home. Singing for as long as she can remember, Maggie has been a part of many church choirs, school choruses, show choirs, musicals, chamber choirs, and even operas over the years.  Outside of The Choristers, her most recent appearance has been as a member of the chorus with the Delaware Valley Opera Company.  She is a proud Alto, and firmly believes that it is the best part in the choir!  Maggie assumed the position of President of the Board of The Choristers in the summer of 2020 and has enjoyed the challenges and rewards of helping to lead the choir.

Maggie is an alumna of Arcadia University in Glenside, where she also served on the Board as a Recent Graduate Trustee.  Outside of singing, Maggie is a Vice President at the World Affairs Council of Philadelphia, a +70-year-old nonprofit dedicated to global affairs education in the Greater Philadelphia community. 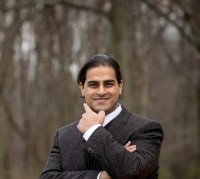 Tom Hasani is originally from Brooklyn, NY but has made Willow Grove his home. Tom is the Assistant Director of IT at Holy Ghost Preparatory School. He sings Tenor. Tom has also sung professionally with The Brandywine Singers, Delaware Valley Opera Company, the Choir School of Delaware as well as been on staff at many churches. A lifetime musician, Tom is also a musical instrumentalist, with his main instrument being the French horn.

Besides sitting on the board for the Choristers, Tom is a Board Director with Upper Moreland Free Public Library, Equity Alliance for Upper Moreland, and a founding Director of AAPI Montgomery County, PA. Tom is multilingual and enjoys honing his language skills and composing music in his spare time. 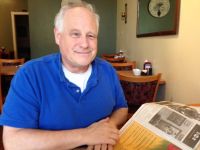 Richard joined The Choristers as a second tenor in 2012 and joined the Board of Directors as a padawan learner in 2013. Richard works as a commercial litigator and is a partner at the Obermayer law firm in Philadelphia. Richard and his wife, Mary, live in Abington. They have three children plus their “African daughter,” who has lived with them since 2008. Three are in college and one is in graduate school. Richard counts singing with The Choristers a real privilege. 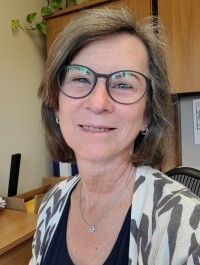 Dianna has been an alto since grade school, singing in numerous choirs, musicals, and madrigal ensembles. She joined The Choristers in 1998 and has joyfully served on the Board for many years. In addition to her activities with The Choristers, Dianna enjoys playing ukulele and traveling near and far with her husband Mic and her two adult children.  She is the CFO for Grace Inspired Ministries and lives in Montgomery County, PA. 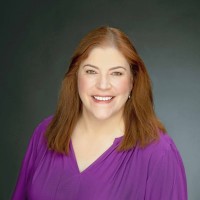 Gloria has been a soprano with The Choristers since 2004. She has served on the Board since 2006. Gloria has been in nonprofit fundraising for over 20 years. She is the Vice President of Development with the Bucks County Historical Society/Mercer Museum and Fonthill Castle. She is also an educator and serves as an adjunct faculty member in the College of Professional Studies at Villanova University. Gloria lives in Philadelphia. 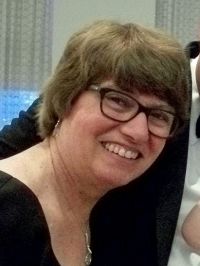 Sue has been singing with The Choristers since its founding in 1978 and has been the choir’s treasurer for almost as long. Sue developed her love of singing at Ursinus College where she sang in the college choir and Meistersingers with her husband, Dave, The Choristers’ founder and Artistic Director and currently sings alto with The Choristers. She works as a senior software developer with Business Management International and in her spare time enjoys spending time with her grandchildren and traveling with her husband. Sue and Dave live in Montgomery Township with their five cats (yes, that is correct, five), Braveheart, Friar Tuck, Midnight, Chip and Shadow. 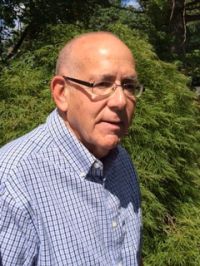 Al joined The Choristers in 2005 after seeing a “Come Sing With Us” poster in his church.   He has not missed a concert since.  He retired in 2014 after a career of some 43 years in the construction equipment rental business.  In addition to his love of music, Al enjoys gardening, bridge and spending time with his family and seven grandchildren.  Al resides in Montgomery County with his wife, Judy.